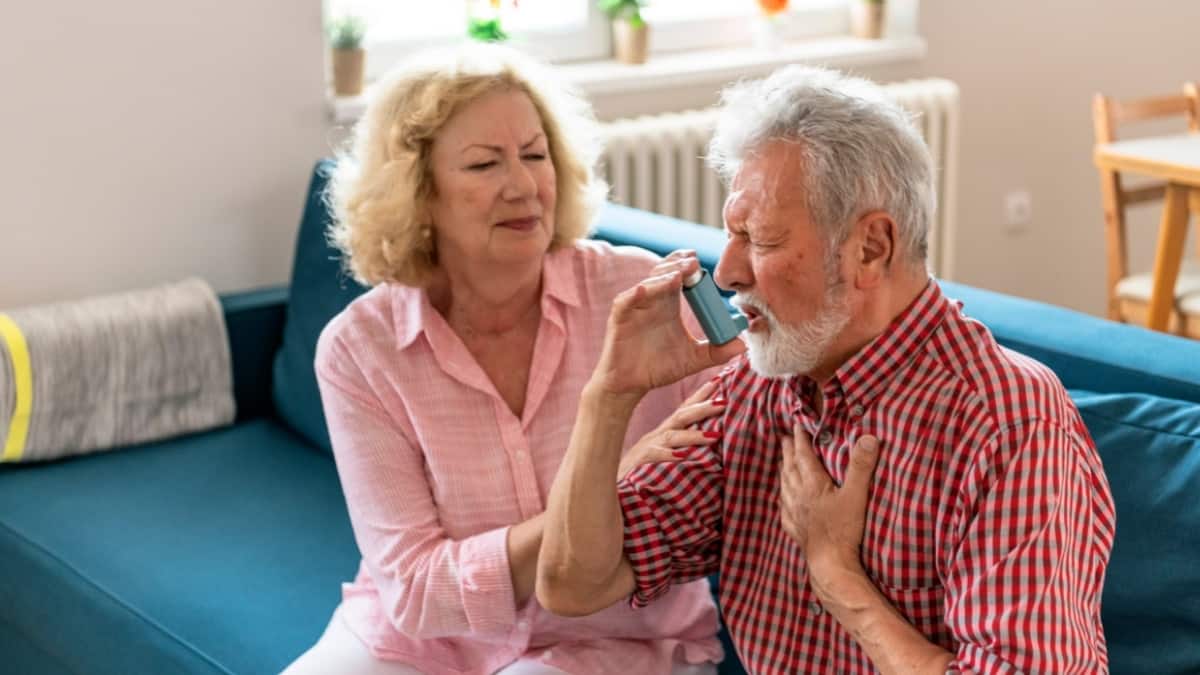 Wondering how an Aerocort inhaler works? An Aerocort inhaler is a commonly prescribed inhaler that helps treat asthma symptoms. Inhalers like Aerocort are portable, hand-held devices that deliver medication to the lungs and airways.

The researchers estimate that around 1 in 13 people in the United States have asthma. That summarises about 20 million U.S adults age 18 and above who have asthma. Thus, making it one of the leading chronic diseases that cause a maximum number of deaths in the U.S.

Several asthma treatment options can help prevent and control your asthma symptoms. A doctor may prescribe an asthma inhaler to manage the symptoms of your medical condition.

Aerocort inhaler is a prescription drug. It is available as an inhalation suspension and also in the form of a tablet known as Aerocort Rotacaps. Aerocort inhaler helps prevent and treat wheezing and shortness of breath caused by breathing problems (such as asthma and chronic obstructive pulmonary disease).

Levosalbutamol is a short-acting B2- adrenergic agonist prescribed for asthma. It helps relax the smooth muscles in the airway, which allows air to flow in and out of the lungs easily. It belongs to a class of medicines called Bronchodilators.

Beclomethasone Dipropionate is a steroid medication that works by blocking the production of certain chemical messengers that cause inflammation (redness and swelling) in the body. You can buy an Aerocort inhaler online to benefit from the latest discounts and offers.

How does an Aerocort inhaler work?

Aerocort inhaler belongs to a class of drugs called beta 2-adrenergic agonist bronchodilators. A class of drugs is a group of drugs that work similarly and treats similar medical conditions.

An Aerocort inhaler is a medical device used for delivering medicines into the lungs through the working of a person’s breathing. This allows the medication to be delivered and absorbed

directly into the lungs. This helps the targeted medicine to reach the targetted part of the body.

In short, an Aerocort inhaler is a steroid medication that works by blocking the production of certain chemical messengers that cause inflammation in the body.

An Aerocort inhaler is a bronchodilator that works by relaxing the muscles in the airways. It also helps broaden the airways and makes breathing easier.

Aerocort inhaler is an effective way of delivering medications to small airways. The bronchodilators present in the Aerocort inhaler helps in reducing the inflammation of the airways caused due to asthma.

Aerocort inhaler is beneficial in relieving symptoms such as chest tightness, shortness of breath, breathing difficulty, and wheezing. It is also helpful in treating chronic obstructive pulmonary disease.

How do you use an Aerocort inhaler?

Aerocort inhaler may react with the following type of substances:-

Some medications may negatively interact with Aerocort inhaler and result in severe side effects. It may also cause the drug to work ineffectively.

You should always talk to your doctor if you are on vitamins, herbal supplements, or other drugs. Aerocort inhaler may react with the following drugs:-

The interaction of the Aerocort inhaler with alcohol is unknown. But it is advisable for a person who is taking Aerocort to avoid alcohol. Consult your doctor before taking the medication.

Information about food interactions associated with Aerocort inhalers is limited. However, it is recommended that patients with asthma not consume food that might trigger asthma attacks, such as milk and peanuts.

Aerocort inhalers may interact with the following type of diseases:-

Which is the best inhaler for asthma?

The medication and dosage for asthma depend on age, pre-existing medical conditions, and the severity of asthma. Doctors may prescribe two or more inhalers in order to control severe asthma cases.

However, some medical experts may recommend the use of inhaled corticosteroids such as Aerocort inhalers and Bronchodilators.

Bronchodilators are medications known to relax muscles in the lungs and make breathing easier. Corticosteroid is the main ingredient that helps control inflammation in the body.

Long-acting medications should never be taken without corticosteroids. Hence, inhalers like Aerocort, which combines both bronchodilators and corticosteroids, work best to treat long-term asthma conditions.

Recommended reading: How Does an Aerocort Inhaler Work?

If your asthma is well controlled, you’ll need a reliever inhaler occasionally. Perhaps, when you are exercising or suffering from a cold. But if you have a severe asthmatic condition, you might need to use your inhaler regularly. An asthma inhaler can help in controlling sudden flare-ups of asthma.

Based on the severity of your condition, you should take an asthma inhaler as per the advice given by the doctor.