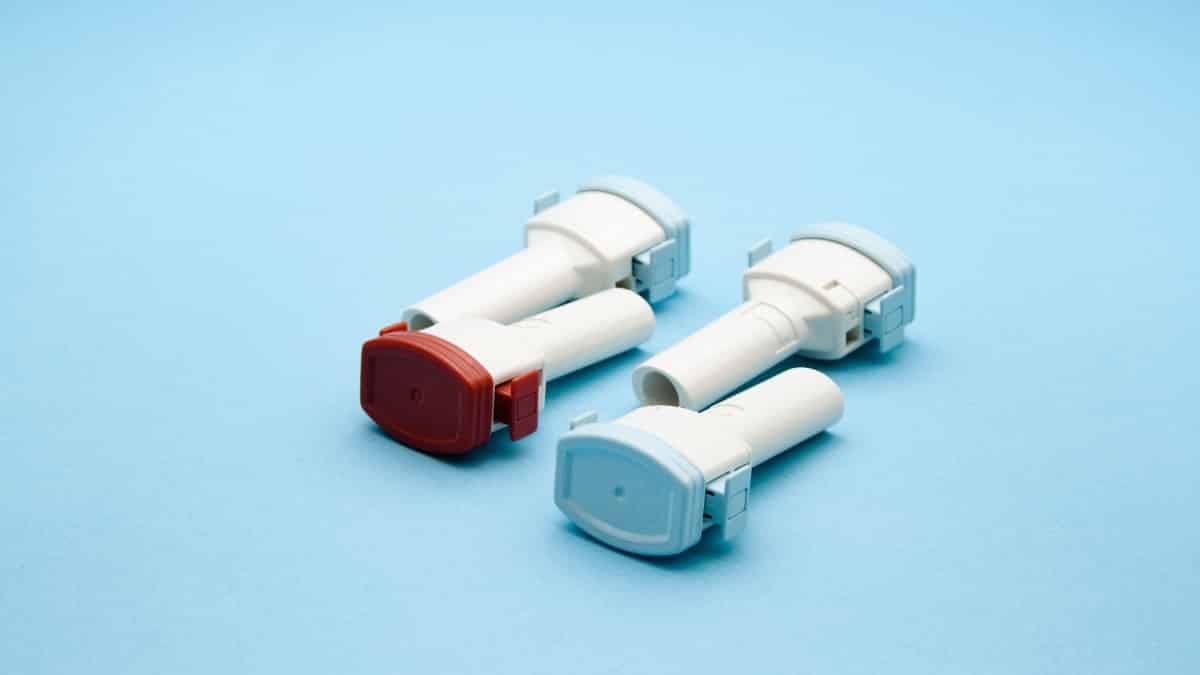 About 20 million U.S. adults aged 18 and over have asthma, says the Asthma and Allergy Foundation of India. Every 1 in 13 people in the U.S. has asthma, including 8% of adults and 7% of children. Asthma is an inflammatory disease where the airways constrict, leading to breathing difficulties. Most asthma patients use asthma treatments like inhalers to avoid asthma attacks or relieve the symptoms during an attack.

A doctor may prescribe you inhalers like Aerocort inhaler or Asthalin to help treat asthma symptoms.

Inhalers are portable devices that deliver asthma medication to the lungs and airways.

What is an Aerocort inhaler?

In addition, the ingredients present in the Aerocort inhaler help treat the inflammation that blocks the free passage of air inside the airways.

Also Read: Asthma inhaler benefits: Is it good to use inhalers? 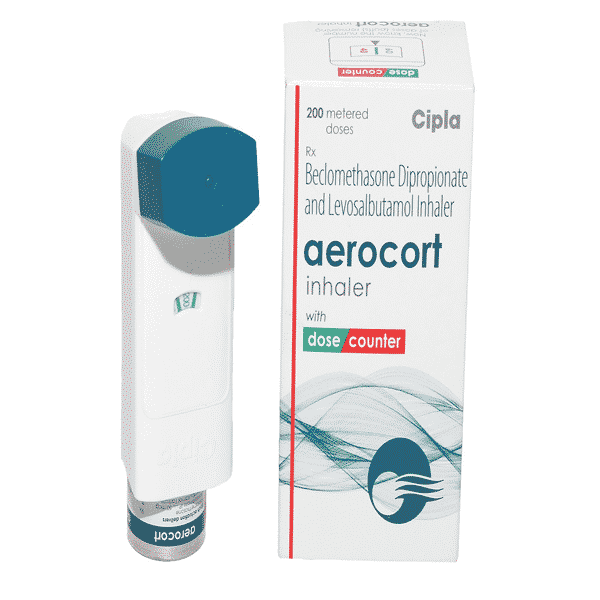 What is an Asthalin inhaler?

An Asthalin inhaler contains Salbutamol which belongs to a group of inhalers called fast-acting Bronchodilators or ‘relievers.’

Salbutamol relieves the symptoms of asthma and other asthma-like conditions such as heaviness in the chest, puffed breathing, and gasping.

Asthalin inhalers are also known as reliever inhalers because they give you quick relief from breathing problems when you need them. Like an Aerocort inhaler, Asthalin helps treat the symptoms of asthma and chronic obstructive pulmonary diseases (COPD).

Buy an Asthalin inhaler online to benefit from the available discounts.

What is an Aerocort inhaler used for?

An Aerocort inhaler is a prescribed medication that treats and prevents asthma symptoms.

The Aerocort inhaler helps treat asthma symptoms such as being out of breath, heaviness or pain in the chest, and wheezing when exhaling.

Aerocort works both as a bronchodilator and a steroid in relieving asthma symptoms.

Also Read: How does an Aerocort inhaler work?

Is an Asthalin inhaler good for asthma?

In the context of Aerocort inhaler V/S asthalin, an Asthalin inhaler is used to treat respiratory conditions such as chronic obstructive pulmonary disease (COPD) and asthma, characterized by coughing and whistling sounds while breathing.

“COPD is the leading cause of death in the United States, affecting 16 million Americans and millions more who don’t know they have it”, says the National Heart Health and Lung Institute.

COPD is a disorder that damages your lung and the air passage through which one breathes. Asthalin helps in widening the airways in order to make breathing easier.

Asthalin is an anti-asthmatic medication. It belongs to the category of fast-acting bronchodilator or relievers class of medicine.

Hence, Asthalin treats asthma by relaxing the lungs’ respiratory muscles and making it easy to breathe.

According to an older 2013 article, acute exacerbations of asthma or asthma attacks can lead to reduced oxygen levels in the body. In cases of low oxygen in the body, and asthma inhaler comes to the rescue.

For the most part, doctors use them to increase the oxygen levels in the body. Medication to treat low oxygen levels can be given through an inhaler which enables you to breathe the medicine through your lungs.

These medications work by correcting the underlying changes in the airways, such as swelling and excess mucus.

Additionally, Aerocort is a combination of Levosalbutamol and Beclomethasone. It widens and relaxes the muscles in the airways. It is an anti-inflammatory asthma inhaler.

Asthalin inhaler is a bronchodilator medicine that relieves the symptoms of bronchospasm such as chest tightness, breathing difficulties, coughing, etc. Asthalin treats reversible obstructive diseases in the lungs’ airways.

Aerocort inhaler and Asthalin inhaler both serve the same purpose. They provide relief from breathing difficulties such as asthma and COPD.

What is the best inhaler for asthma and COPD?

Inhalers like Aerocort, Asthalin and Foracort inhalers can help treat breathing problems like asthma and COPD. If these health conditions are not treated within time, various oral medications and injections are added to the treatment plan.

Although, there is no one “best” medication for asthma. Instead, there are a variety of short-term and long-term treatments for asthma and COPD. The treatments may be preferred depending on the severity, the purpose they need to serve, and the irritants that have triggered your asthma, says Very Well Health.

You can read Asthma Treatment: Options for Handling Severe Asthma, to get a detailed study about treating asthma.

If you want to choose an asthma inhaler, which one would you go for? Aerocort inhaler V/S Asthalin has been a debate in treating asthma.

Asthma inhalers are a form of delivering medication that helps relax the airways and reduce swelling and mucus formation.

While most inhalers are available on prescription, some medications are also available over the counter. People should always consult a doctor before using an asthma inhaler.

Can asthma be cured?

Asthma is a chronic inflammatory disease. It is not curable, but the symptoms are quite manageable. Asthma symptoms may vary from person to person. Some may experience frequent attacks, while others may suffer from an attack once in a while.

Asthma inhalers are the most commonly used asthma treatment. Although, the treatment of asthma largely depends on the severity of the condition.

Is an Asthalin inhaler good?

Asthalin inhaler is a safe and effective medication. It helps in treating the symptoms of asthma. However, it may cause common side effects, including tremors and headaches. These side effects are not dangerous and usually improve as your body gets used to the medication.

Does Asthalin have steroids?

No, Asthalin does not contain any steroids. It is a type of fast-acting bronchodilator that provides quick relief from asthma symptoms.